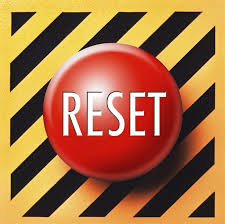 Is there a capital campaign in your church’s future? Sooner or later every church faces the need to raise money for facilities–whether to expand, renovate, or repair.

In this series of blog posts we will review five common mistakes churches make in conducting capital campaigns. Here is the first:

Mistake #1: Not being on solid ground

In John Maxwell’s well-known leadership tome, The 21 Irrefutable Laws of Leadership, rule #6 is the Law of Solid Ground. As Maxwell says, “Anyone can steer the ship, but it takes a leader to chart the course.”

For a campaign to succeed, there must be unity behind the cause. A capital campaign has the potential to rally your church members together behind a vision like never before. But if not on solid ground, dissension will drive a wedge that can turn small cracks into gaping fissures.

We recently worked with a church in Michigan that wanted to conduct a major campaign that would – among other things – modernize their sanctuary. But they didn’t take into account that the church had conducted a campaign decades before and recognized members’ contributions by engraving their names on small brass plaques and affixing them to the church pews. The current leadership considered that ancient history. What they didn’t realize was that many older members had fond feelings for those pews, especially the ones engraved with the names of their friends who had passed on to glory. You can imagine they were not excited about the plan to pull them out and replace them with chairs. And some of those members were the same people who the leadership was counting on to step up with a large contribution to the campaign. Do you feel the ground getting shaky?

So how do you make sure that you are on solid ground? For starters, make sure you are involving others and gaining input into the plans. The leaders of your church may know where the church needs to go, but if the congregation is not on board it will be difficult to mobilize them around the campaign. The more people own the vision, the more likely they will buy into the plan. Make it clear from the start that you cannot do it without everyone’s participation in an upcoming capital campaign. Also make an effort to get key influencers on board. And don’t ignore the naysayers. They may never get on board, but it is important that they at least feel they’ve been heard.

When considering a capital campaign you need to take inventory of your congregation’s financial capabilities and willingness to invest in your vision for the future. The best way to do this is by conducting a Congregational Readiness Study; a survey made available to every member of your church, allowing them to offer confidential comments, questions and concerns. It will also give you a barometer of how much people are willing to give to the campaign, which will help you set a more accurate goal. The church in Michigan conducted a Congregational Readiness Study in advance of their campaign, and that was how we were able to uncover the issue with the pews BEFORE they launched the campaign. We made a plan to give special consideration to how we handled the issue with those old pews – some church members even took one or two to modify and install in their homes – and the campaign was back on solid ground and completed successfully.

“Suppose one of you wants to build a tower. Won’t you first sit down and estimate the cost to see if you have enough money to complete it?” – Luke 14:28.

Continue on to our next entry: Mistake #2…

Don’t wish for a reset button! Let our team of professionals expertly guide you through the process of conducting a successful campaign for your church. Contact us today for information.