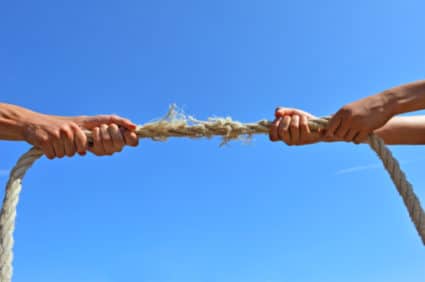 Since the November 8, the news media has been prolific in analyzing every angle of Donald Trump’s election to President of the United States.  The day after the election, Bloomberg captured a question I had not previously considered: what happens when “Donald Trump, the businessman, is about to run headlong into Donald Trump, the president”? The second sentence goes on to say that “Trump now confronts more potential conflicts of interest than any other president in U.S. history.”  Certainly, there has been lots of discussion from the media on this issue.  How should President-Elect Trump handle this conflict of interest?  I don’t know.

I do know that—with conflict of interest at the forefront and many nonprofits holding their annual meetings—this is a great time to think about conflict of interest in your nonprofit.  Conflict of interest is a boring topic to explore until the whistle is blown and then things get really exciting in a really bad way.  Handled poorly it can threaten the very existence of your agency and the impact it makes.  The “Three Cups of Tea” scandal involving the Central Asia Institute is a prime example of the damage that can happen. The best way to avoid that “excitement” is to manage potential conflicts before they become a problem.

Here are three practical steps to manage conflict in your agency:

While you may not be able to avoid every conflict, you can make steps to effectively manage it in a spirit of transparency.  Doing so takes a little effort but prevents big problems down the road.

Is your board struggling with some of the fundamentals?  The experts on the DB&A Strategy Consulting team can assess ways to improve your board effectiveness, lead your board retreat, or establish an effective strategic plan.  Contact us today to learn more.