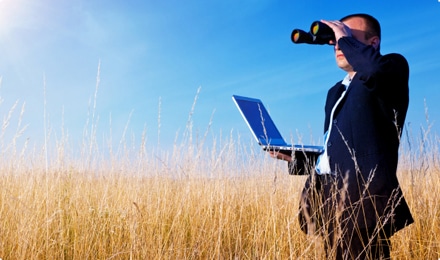 Looking Ahead Prevents This Campaign Mistake

Just the other day, I had a conversation with an executive director that thrilled me. The ED, I will call her Paula, leads a local agency just a few miles from my home in Eau Claire, Wisconsin. Paula is new to her agency and is excited about all the possibilities. Like many executives, she has big dreams for where to take her organization. Those plans include a capital campaign to more than double their program space. That in itself is great but not necessarily thrilling. At DB&A, we meet lots of leaders who want to do a capital campaign.

What was so exciting to me was that she wanted pre-campaign advice for a campaign she hopes to launch two years from now. You see, too many nonprofit leaders start the process of preparing for their campaign just a few months before they launch it. At that point in the game, options become limited to the hand your dealt. So if your donor base is under-cultivated, you have to go in cold. Or if your staff is unprepared, you may have to limp through (or risk a false start). I call this last-minute campaign approach the Campaign Cycle.

However, when you plan well ahead for a capital campaign, you can change the cards! And that is what we started to do for Paula. As a campaign consultant, I have experienced many campaigns. This was Paula’s first. As such, I was able to help her ask questions she didn’t even know to ask. For example, what is the future of your community and how might this project complement that community vision? What is your relationship with your agency’s major donors? Will you be able to financially sustain a significantly larger operation?

These questions and more allowed Paula to more fully consider her next steps. She certainly had some homework to do, however, now she was armed with questions and advice that directed her approach. Moreover, with two years notice, she is now in a position to engage prospective campaign donors for their gift. She can also shore up operational funding sources. Finally, she can better lead her agency into this exciting season.

In two years, Paula will be ready for really successful campaign. A big factor for her success is that she is operating not on the Campaign Cycle, but on the Growth Cycle . The Growth Cycle is a deceivingly simply way of thinking about the future. The Growth Cycle has four phases: Plan, Prepare, Grow, Sustain. The most successful campaigns and projects have considered and invested adequate time for each phase. The most successful projects also think several phases ahead. If you are planning to grow, remember you need to sustain it. If you are in the sustain phase, wouldn’t this be a good time to invest a little time thinking about what future growth might look like (even if you were not ready to implement a growth plan)?

The key is that you are thinking ahead and always preparing for potential growth. One critical step in that preparation is reaching out to experts and colleagues who can ask key questions and help you critically think through how to proceed.

Growth Plans? Contact DB&A today to set up a Free Pre-Campaign Planning Consultation with Brent or another member of the team.