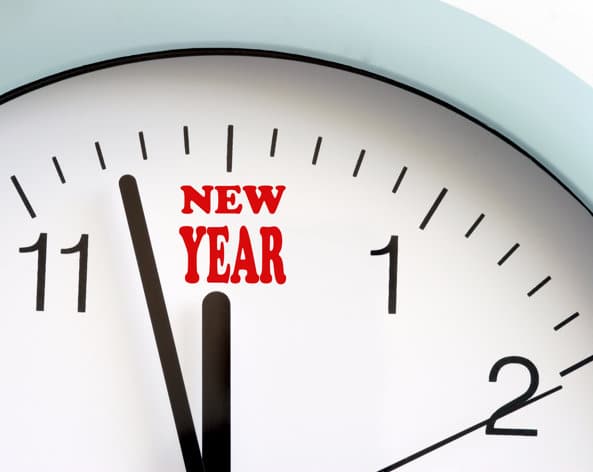 Few non-profit leaders would deny that the year-end fundraising season is a critically important time of year. More than 50% of nonprofits report they earn the majority of their total revenue in the last two to three months of the year.

In today’s challenging economic times, donors are increasingly selective about how and where they give their money. Does your nonprofit organization have a plan for strategically connecting with your donors during the critical year-end fundraising season?

Here are five practical tips that can help you maximize your year-end fundraising effectiveness:

The dictionary defines a “campaign” as a connected series of activities designed to bring about the desired result. Whether it’s a political campaign, military campaign, marketing campaign, or fundraising campaign, there’s a reason why the campaign
model is so often employed. Because they work. They work because in a campaign you have a specific outcome you are working to achieve within a specific time period, and you have a group of people all pulling in the same direction.

To maximize your success in your year-end fundraising, consider structuring your year-end efforts as a formal campaign, utilizing these next four tips to help you make it work successfully.

No doubt you’ve heard the old adage, “Sell the sizzle, not the steak.” My father-in-law—a farmer who raised his own beef—had a penchant for breaking this rule with guests at dinner. “How’s that dead cow taste today?” he would often jokingly ask, just as you were raising another bite to your lips.

In fundraising, it’s important to always remember to “sell the sizzle,” especially at year-end. The fact that donors make the majority of their contributions at year-end guarantees that the majority of non-profits will be trying to raise money at the same time that you are. To attract new donors and to ensure that existing donors will reinvest in your mission, your case needs to rise above the rest.

Too many organizations make their year-end fundraising pitch in a way that boils down to something like this: “Help us end the year in the black!” Or they have a matching gift, and they make the entire appeal about meeting the match and forget to mention how the money is going to be used to change the lives of the people they serve. That’s definitely not selling the sizzle, and it’s not really even selling the steak. I call that a “dead-cow case.” Don’t make that mistake.

In crafting the case for your year-end campaign, you need to “paint a picture,” showing your donor how their gift will have a missional impact on the lives of the people you serve.

How many times do you plan to ask your donors for a gift between now and the end of the year? Once? Twice? How about as often as it takes?

There’s an old proverb that says, “Go often to the house of your friend, for weeds soon choke up the unused path.” Too many organizations only ask once or twice during the year-end period, typically by sending a direct mail letter sometime around Thanksgiving. In this economic environment, a single ask would be a costly mistake. Instead, you should plan to ask early, and to ask often. Plan a series of “touches” with each of your donors throughout the year-end period, each successive contact echoing the one before with a restatement of your request until the donor responds with a gift. Obviously cost is a factor in this, so making these contacts via phone or email becomes increasingly important, particularly with your major donors. During December, ramp it up and begin sending weekly emails to your donors, each increasing in urgency and building the momentum of your campaign.  For those donors who still haven’t responded by December 31st, send out one final email that day, highlighting the last amounts needed to reach your campaign goal for the year-end, with a subject line of “Last Chance to Give This Year!”

Finally, make sure you keep things going right through the end of the year — don’t shut down your year-end fundraising operations during the week between Christmas and New Years. Online giving sites such as Network for Good report that they process fully one-third to one-half of their annual volume of donations during the week between Christmas and New Years, with a sizeable bulk of these gifts coming in on the last day of the year. While most other organizations have shut down for the holidays, this is the time that you should be making calls to donors who haven’t given yet, and/or thank you calls to donors who ordinarily make large contributions at year-end.  Make sure someone is also available to answer the phones for those last minute calls from donors who want to make gifts via credit card before year-end.

In constructing your campaign plan, divide your donor base into three or four top-down tiers and design a customized approach for each. Try to ensure that each of the donors in your top tier are receiving a personal visit from someone in the organization, and involve your Board and/or CEO as much as possible in these calls. For second-tier donors, try to arrange for each of them to receive a phone call from someone in the organization, thanking them for their support and highlighting the opportunities for them to give to the year-end campaign. For the remaining donors, though it may not be feasible to visit or call each of them personally, do what you can to give them a personal touch in all of your contacts, such as a personal handwritten note on each letter.

Matching gift challenges can be a highly effective tool in leveraging gifts to any type
of campaign, significantly increasing the chance to raise more money than would be possible otherwise. (“Matching gifts” are contributions fro

m a donor that match others’ contributions to a charitable organization. Typically, the donor will offer matching funds at a predetermined amount and up to a given level.)

A matching gift can add a compelling dimension to your case, letting donors know that the gifts they give will not only help to support your case and make your organization’s year-end fundraising campaign success a reality, but that the money they give literally multiplies as it is matched by the challenger. If your Board members have the capacity to make large gifts, ask one of them to lead the challenge. If they can’t do it themselves, they may know another individual, family, company, or foundation with potential interest. You may even consider asking the Board to collectively fund a matching gift challenge at the outset of the campaign, which can be a good way to get them invested in the success of the year-end.

For most non-profit organizations, raising funds is the biggest challenge they face year over year. Keeping organizations functioning effectively takes substantial resources. Yet too many don’t have an organized plan to secure those resources, particularly at the top levels. DickersonBakker specializes in planning and implementing effective year-end fundraising campaigns. Meeting your organization’s financial objectives is an on-going challenge, and we are here to help.

Donors are ready to give… are you ready to ask?

DickersonBakker’s 2020 Year-End Giving program is specially designed to help your team overcome the challenges associated with fundraising in the context of COVID, and will help you optimize your year-end major giving.